I had a moving experience of spending some precious composer's improvised (haha) time on top of the disappearing mountain. 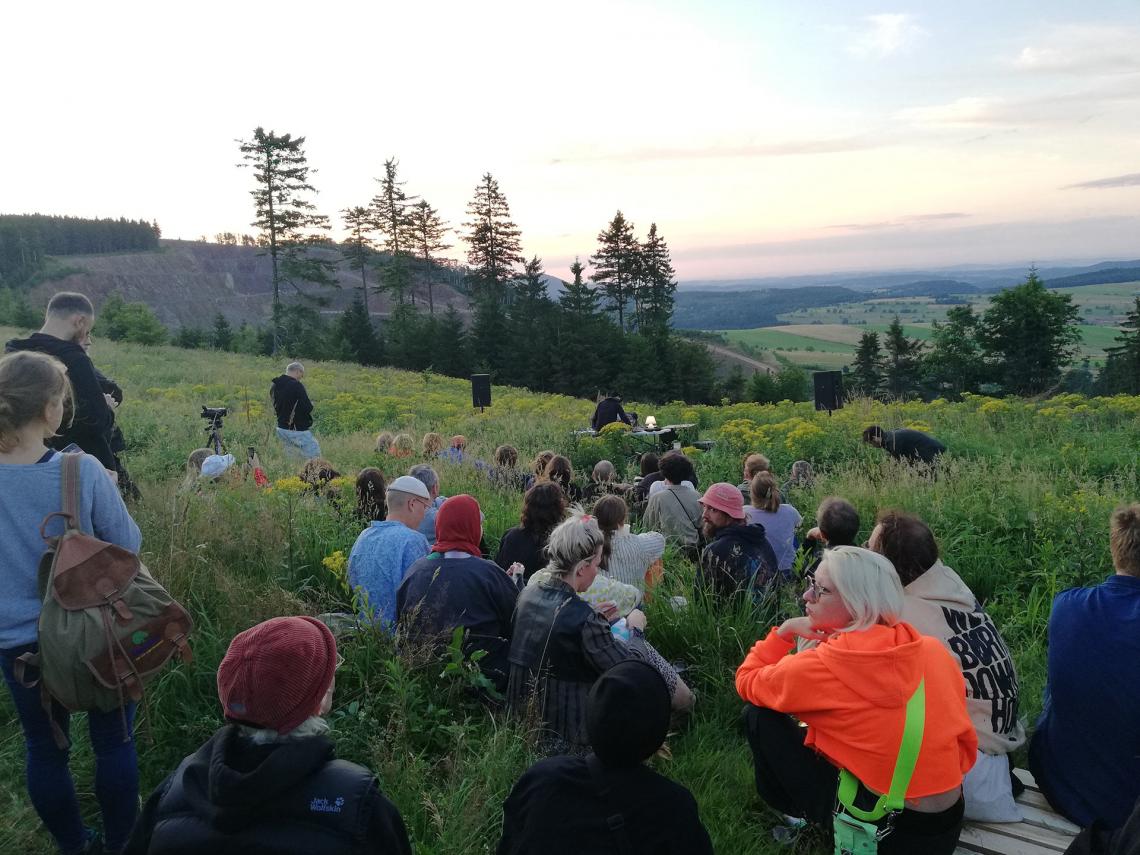 I had chosen the location carefully, going back there several times before the event. I estimated the light, sound propagation, accessibility, and last but not least, a detrimental environmental impact I might be having on the edge of the open pit mine, excavated with a dynamite. Eventually I cut myself some slack witnessing the amount of noise during the working day there and huge industrial trucks rumbling around. I wouldn't be doing this at a random place.

I started with no one but my friend around, slowly building the piece for myself, with the sun still up and beautiful view at the plains. After a while I noticed people's presence behind my back, some whispering and smoking, but decided to keep the focus, so I did not turn my head back for two hours, watching only the mine, the bushes and trees and amazing skyline as the sun was setting down. It got dark and cold eventually, with cities lit up on the horizon, even some fireworks and - reportedly - starlink satellites above. Realizing the situation is fulfilled I did turn around, and to my astonishment there were dozens of people perched around above me, even though many had departed before.

I did an improvised soundtrack for all of this, for the dying mountain, for our common struggle. I've wanted this badly for myself, but also hoped to show this place with all its context and sad beauty to fellow artists and the audience. I traced a 2km steep footpath from our base village, planned as a prolonged intro. Even though most people decided to drive around the mountain and have the final 10 min stroll uphill through the forest, they still have been listening to my unfolding performance on approach, then suddenly passing the tree line for an unobstructed view of the clearing, the horizon and mine below.

View the embedded image gallery online at:
https://pawelkulczynski.com/live/item/961-pawe%C5%82-kulczy%C5%84ski-grief-live-2021#sigProId53bd919d5e
back to top